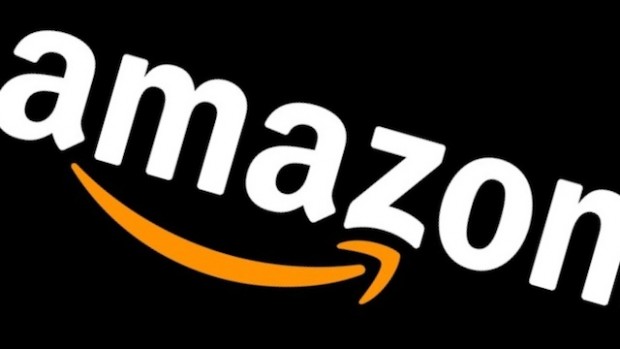 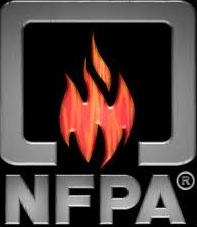 At approximately 5:16 AM on Saturday October 7th, Lovettsville Volunteer Fire and Rescue and units from Lucketts, Hamilton, Purcellville, and Frederick County MD responded to a House fire on Cooper Run in Lovettsville Va.

Rescue Chief 612 was the first to arrive on Scene within minutes of the initial dispatch and performed a 360 degree lap and provided an "On-Scene Size Up" report over the radio and requested that a Level 1 Rapid Intervention Team (RIT) be dispatched. Shortly after the dispatch of the Level 1 RIT a few minutes later E612 arrived on scene followed closely by A612. E612 immediately pulled a 2 1/2" hand line to the rear, and an 1 3/4" hand line to the front of the structure. the four man crew immediately went to work rapidly getting the Master Stream Deck Gun in service and manning both the lines in the front and the rear.of the structure. Flowing approximately 900 gallons per minute, the fire was significantly knocked down withing less than 10 minutes after the Engine's arrival.

Assistant Chief 612 arrived on scene and took Command from RC612.

R617 was the next to arrive followed closely by E928 & E602.. T606 from station 2, arrived and elevated their ladder and master stream. Units then transitioned interior to extinguish remaining hot spots.

Unfortunately, there were three family pets that were located within the structure that were deceased.

There were three firefighters transported for elevated vital signs and exhaustion after the fire, but all three were released from the hospital the same day and are back to work!

Great Job by all involved.

At approximately 5:16 AM on Saturday October 7th, Lovettsville Volunteer Fire and Rescue and units from Lucketts, Hamilton, Purcellville, and Frederick County MD responded to a House fire on Cooper Run in Lovettsville Va. Rescue Chief 612 was the first to arrive on Scene within minutes of the initial dispatch and performed a 360 degree lap and provided an "On-Scene Size Up" report over the radio and requested that a Level 1 Rapid Intervention Team (RIT) be dispatched. Shortly afte...

At 1043 am on January 15th 2017 E612 along with other units from Frederick County MD responded to a Structure Fire in the 1500 block of Ballenger Creek Pike in Point of Rocks MD. Units on scene upgraded the call from a chimney fire to a structure fire after smoke was starting to fill the residence. Units worked tirelessly to ensure that the fire did not breach the chimney and get into the walls. Fortunately the fire did not get into the walls. Job well done by all units involved.

At approximately 9:12 am Units from Lovettsville, Brunswick, and Purcellville were dispatched for a chimney fire. Crews arrived to find a older log cabin home with a stone chimney that had active fire within the chimney and clean out box. Crews worked to remove the burning contents from the fire place, and clean out box and extinguish the fire within the chimney. This serves as a reminder that Virginia law requires homeowners to have your chimney cleaned at a minimum of once every three yea...

at approximately 8:50 PM E612 was dispatched for a structure fire which was reported to now be extinguished. E612 arrived on scene to find that there was a fire on the deck that was contained to a flower pot which had been extinguished. The homeowner indicated that they had sceen fire out the back porch on the deck, and had used the garden hose to extinguish the fire, and move the flower pot to the yard, but wanted the fire department to check it to ensure that it was extinguished. Although the ...

at approximately 1:39 AM on Nov 9th, units from Lovettsville, Brunswick, MD, and Purcellville, VA responded to a report of smoke inside a home in the 13000 Block of Orrison Rd in Lovettsville VA. Occupants were out of the structure, and the cause of the smoke was determined to be coming from the HVAC unit which had been worked on earlier the previous day. Thankfully there was no fire, and no damage was sustained to the home. Job well done by all involved.

AT 1929 HOURS E612 & A612 ALONG WITH OTHER UNITS FROM LOUDOUN COUNTY AND FREDERICK COUNTY MD WERE DISPATCHED FOR A STRUCTURE FIRE ON LOUDOUN STREET IN LOVETTSVILLE. E612 ANNOUNCED ENROUTE WE WOULD HAVE THEIR OWN WATER IN FRONT OF 36 S LOUDOUN ST.  E612 ARRIVED ON SCENE AND TOOK POSITION JUST PAST THE HOME ON THE LOUDOUN STREET IN FRONT OF A FIRE HYDRANT.  E612 FIREFIGHTERS PULLED A 1 3/4 LINE TO THE FRONT DOOR.  THE OFFICER MADE CONTACT WITH THE THE HOMEOWNERS O...

E612 AND K612 DISPATCHED FOR A HOUSE FIRE ON 6TH AVE BRUNSWICK MD. E905 ARRIVED ON SCENE AND REPORTED TWO STRUCTURES INVOLVED. E905 REQUESTED 2ND ALARM. E612 AND K612 ARRIVED ON SCENE. K612 CONNECTED TO THE HYDRANT AT THE CORNER OF B STREET AND 6TH AVE TO BOOST PRESSURE TO E905. THE CREW FROM E612 REPORTED TO COMMAND AND ASSISTED CREWS FROM FREDERICK COUNTY WITH OPERATING 2 1/2 ATTACK LINE AND 3" BLITZFIRE LINE. TO EXTINGUISH BOTH STRUCTURES AND TWO VEHICLES IN THE DRIVEWAY WHICH WERE ...

at 0418 hours, B612 Dispatched for a Brush Fire. E612 and K612 were added by dispatch due to a shed/barn being within 30 feet of the fire. B612 arrived on scene to find a brush fire (approximately 1/4 acre) in a tree line adjacent to the dispatched address. B612 made contact with the homeowner who indicated that they were unaware of how it started, but woke up in the middle of the night to find the fire burning. B612 started to extinguish the fire using a booster reel and on-board water. E6...

At 1142 hours, E612 and K612 responded for a reported house fire.  E612 arroved on scene to a 1.5 story cap cod with normal conditions from the exterior.  E612 laid 300' supply line up driveway and established Beamertown Rd Command.  E612 spoke with homeowner who advised a burning odor in her bedroom.  E612 along with TL602 and E605 investigated finding a electrical baseboard heater was accidently turned on.   E612/Command held the assignement to 2 engines and 1...

At 0804 hours, Engine 612 and Tanker 612 dispatched for a house fire with LCFR units.  E612 AOS and reported to command.  E612 was assigned RIT with PE626 before being placed in service.  K612 was placed in service while enroute. A Great job done by everyone on scene!

AT 1045 HOURS ENGINE 612 AND AMBULANCE 612 WERE DISPATCHED FOR AN AUTO ACCIDENT ON QUATER BRANCH RD. E612 ARRIVED ON SCENE TO A SINGLE VEHICLE ON ITS ROOF AND THE PATIENT WAS OUT OF THE VEHICLE SITTING ON THE ROAD SIDE.  A612 STARTED PATIENT CARE WHILE E612 CREW SECURED THE VEHICLES IGNITION.  E612 THEN ASSISTED A612 WITH PACKAGING PATIENT, THEN ASSISTED LOUDOUN COUNTY SHERRIFS OFFICE  AND VA STATE POLICE WITH TRAFFIC CONTROL. THE VEHICLE ROLLOVER OCCURED IN A CURVE WITH...

AT 2051 HOURS, ENGINE 612 AND AMBULANCE 612 WERE DISPATCHED TO MOUNTAIN RD IN LOVETTSVILLE FOR AN AUTO ACCIDENT WITH POSSIBLE ENTRAPMENT.  E612 ARRIVED TO FIND A SINGLE VEHICLE OFF THE ROAD TO ITS RIGHT HAND SIDE.  THE VEHICLE WAS UPRIGHT BUT ON A SEVERE LEAN.  E612 CREW STABILIZED THE CAR AND REMOVED THE DRIVER BY ASSISTING THEM UNDER THEIR OWN POWER.  THE VEHICLE HAD SUSTAINED VERY LITTLE DAMAGE AND NO FRONT IMPACT DAMAGE.  A612 EVALUATED THE PATIENT WHILE E612 AS...

AT APPROXIMATELY 1555 HOURS, BRUSH 612 WAS DISPATCHED FOR AN OUTSIDE FIRE- A GRILL ON FIRE IN A DRIVEWAY. B612 ARRIVED ON SCENE TO FIND A PROPANE GRILL WITH A SMALL FIRE. THE HOMEOWNER INDICATED THAT THE FIRE WAS QUITE LARGE, BUT THAT THEY HAD DISCONNECTED THE TANK FROM THE GRILL AND MOVED IT AWAY FROM THE FENCE AND HOME SHORTLY AFTER CALLING 911. IT WAS APPEARANT BY THE CONDITION OF THE GRILL THAT THERE WAS A LARGE AND VERY HOT FIRE PRIOR TO THE BRUSH TRUCKS ARRIVAL. QUICK THINKING BY THE HOMEO...

AT APPROXIMATELY 1445 STATION 12 RECEIVED A PHONE CALL FROM A LOCAL RESIDENT ASKING IF WE COULD COME CHECK ON AN OUTSIDE BURN PILE THAT WAS STILL SMOLDERING.BRUSH 612 RESPONDED OUT TO THE LOCATION AND ULTIMATELY DETERMINED THAT THE PILE WHICH HAD BEEN MOVED WAS ULTIMATELY SAFE, BUT WOULD CONTINUE TO SMOLDER FOR A PERIOD OF TIME, BUT THAT BECAUSE OF THE MIXTURE OF UNBURNT DEBRIS, SNOW, AND DIRT, THAT THERE WAS NO RISK OF THE SMOLDERING ESCALATING OR SPREADING. THE BRUSH TRUCK RETURNED TO THE STAT...

AT APPROXIMATELY 2347 HOURS, M612, E612,BC602, EMS601 WERE DISPATCHED FOR AN ACCIDENTAL SHOOTING. RC612 AND C612 ADDED ONTO THE CALL. FIRE AND EMS UNITS STAGED. LCSO ADVISED SCENE WAS SAFE AND UNITS CONTINUED INTO THE SCENE. UNITS ARRIVED ON SCENE TO FIND A SINGLE PERSON WITH A MINOR GUNSHOT WOUND. THEY HAD REPORTEDLY BEEN CLEANING THEIR .45 CAL PISTOL WHEN THE GUN WENT OFF. THE PERSON WAS TREATED BY M612 AND TRANSPORTED TO ONE OF THE REGIONAL TRAUMA CENTERS. T...

AT APPROXIMATELY 1715, E612 WAS DISPATCHED FOR AN OUTSIDE FIRE INVESTIGATION. THE ENGINE ARRIVED ON SCENE TO FIND A BYSTANDARD LIGHTING CATTAILS(VEGITATION) IN A DRY POND AREA WHICH WERE ON FIRE.  THERE WERE 2 SEPARATE ACTIVE SMALL GRASS FIRES BURNING.  THE BISTANDARD WAS DETERMINED TO BE EMOTIONALLY DISTURBED AND NEEDED MENTAL HEALTH SERVICES TO FURTHER EVALUATE THEIR CONDITION.THE FIREFIGHTER EXTINGUISHED THE FIRE USING A WATER CAN. LOUDOUN COUNTY SHERRIF'S OFFICE WAS D...

At Approximately 21:39 Engine 612 was dispatched for Level 1 Rapid Intervention Team (RIT) response to the House Fire on Lincoln Rd in Purcellville. Shortly after, Tanker 612 was dispatched as a part of the Tanker Task Force.The Engine Arrived on scene, and assisted in placing ladders for egress of the crew and stretched an additional attack line to assist with extinguishing the fire. Engine 612 then staged waiting for further assignments from Command or if needed to deploy the RIT.Tanker 612 ar...

At approximately 10:00 hours E612B was dispatched as part of Level 1 RIT task force. E612B was delayed due to the road/weather conditions and being outfitted with tire chains(limiting its speed to 25 mph). E612b arrived on scene to find a fully involved 2 story residential structure. E610 was half way up the court but required additional hose to get the attack lines in position. E612 was told by command 601 to take the Blitzfire nozzle and 300' of 1 3/4" hose up to the command...

Copyright © 2006-2020. YourFirstDue Inc. All Rights Reserved. Designated trademarks and brands are the property of their respective owners. Content on this web site is supplied by Lovettsville Volunteer Fire and Rescue. YourFirstDue Inc. cannot be held responsible or liable for any content, text, pictures, or any other media found on this web site. Maintained by the members and staff of Lovettsville Volunteer Fire and Rescue.
Management Login
Powered by